This little jewel is owned by WKC member Pezdogs in Australia. It is a 1960’s Galley Que that was designed for grilling on a boat. The color was called Sea Foam Aqua. It was one of the first Smokey Joe models made by Weber. It featured dual chrome gimbals that were designed to keep the [...] 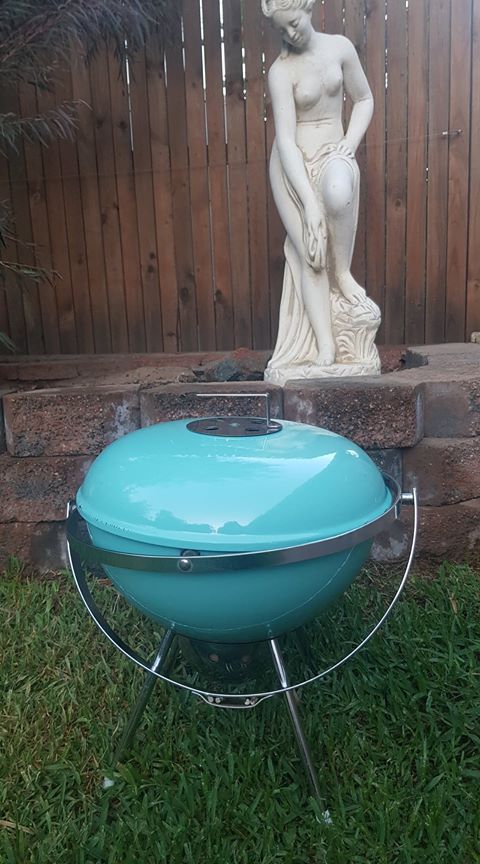 In the early days of Weber, kettles were marketed and sold by traveling salesman. They would put on cooking demonstrations at hardware and department stores, passing out Weber brochures on how to order them. Weber provided these salesman with kettles to use during their demonstrations. The kettles had the letters DEMO imprinted on them. This [...] 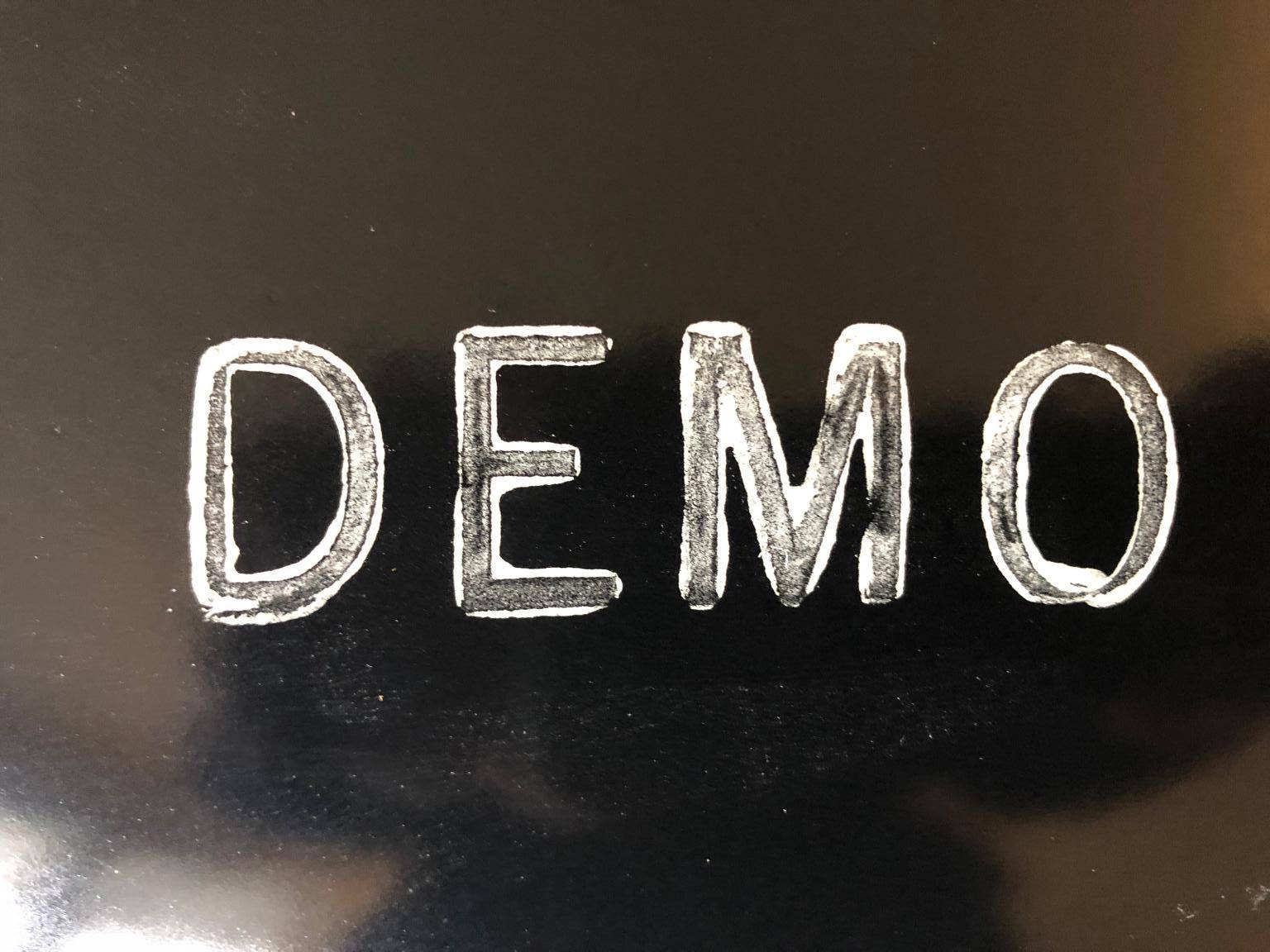 May 7, 2019 – Weber has given us a bone! For the last decade Weber Kettle Club’s hardcore grill collectors have begged, pleaded, and even traveled overseas to acquire a grill of color. Today Weber has announced FOUR NEW COLORS to the Weber Charcoal lineup! Ivory, Lime Green, Slate, and the elusive Smoke colored charcoal [...] 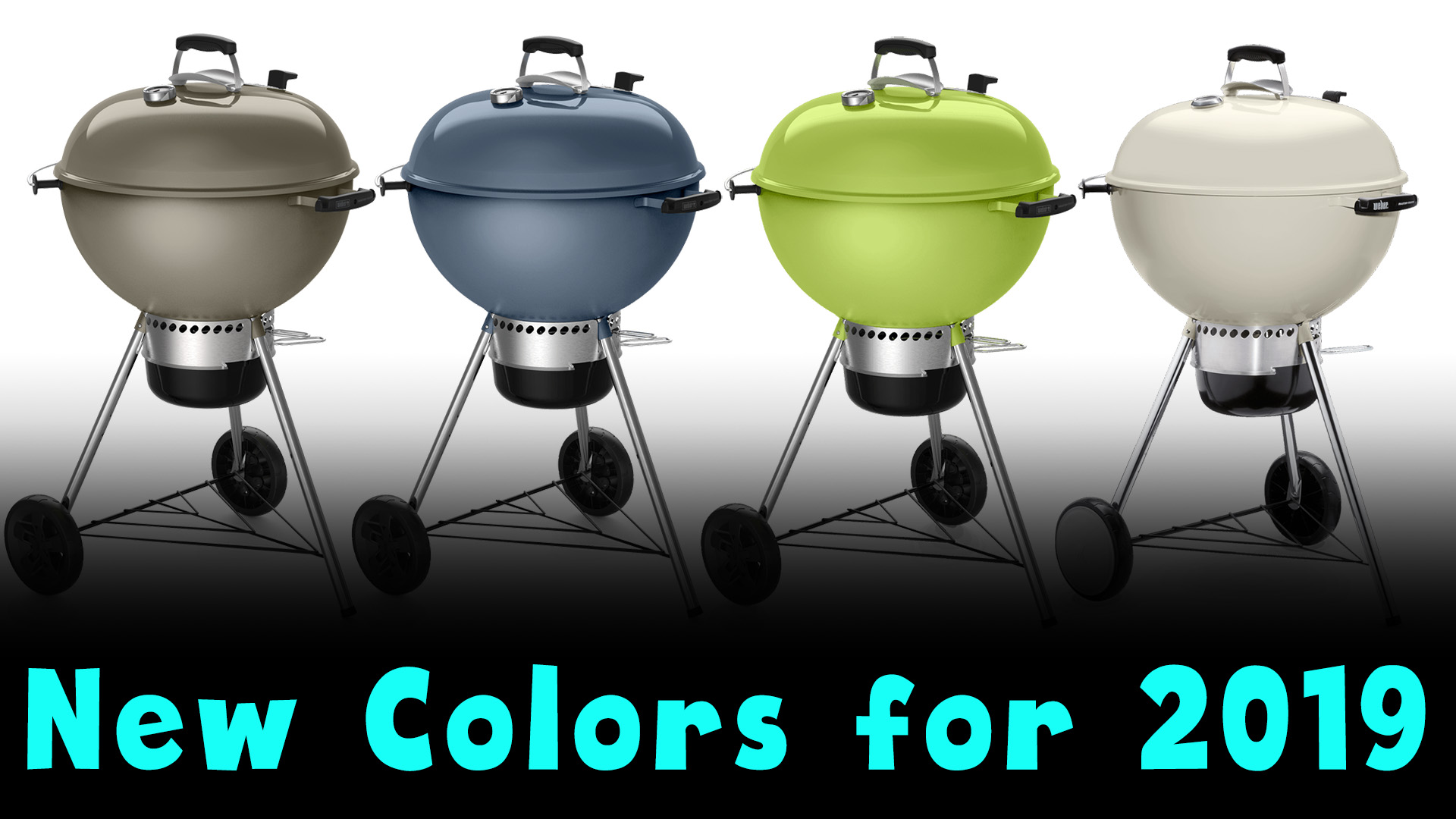 This unused 1975 Key Lime is owned by WKC member Rub. Following up on a lead provided by WKC founder Troy, Rub was able to secure it with help from a friend. Of course it came with a vintage Weber cover. Find out why this kettle is called “Marge’s Undercover Lime”. Read the full story [...] 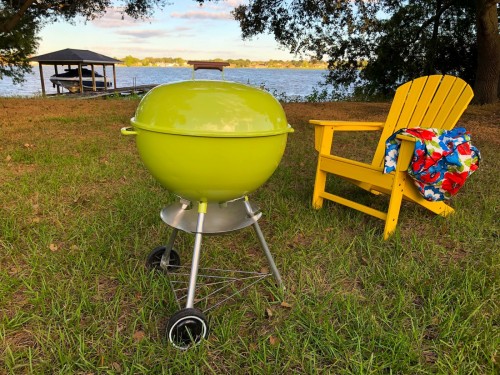 This dark green color was first introduced in 1979. In 1981, the change to using wooden bowl handles meant this color was only produced for two years as a metal bowl handle model. I recently acquired this one from long time WKC member landgraftj. He came into possession of it soon after joining the WKC [...] 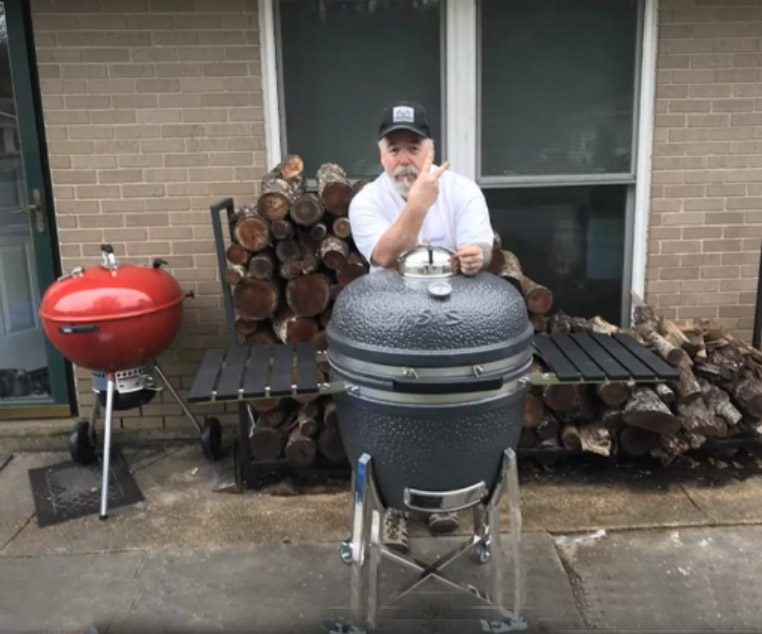 Yes, The Penthouse actually does exist. This NOS one is currently up for auction on Ebay. As shown in the assembly diagram, it was designed to be hung from a balcony railing. Hopefully this will land in the hands of a WKC member and we can get more detailed photos of it. 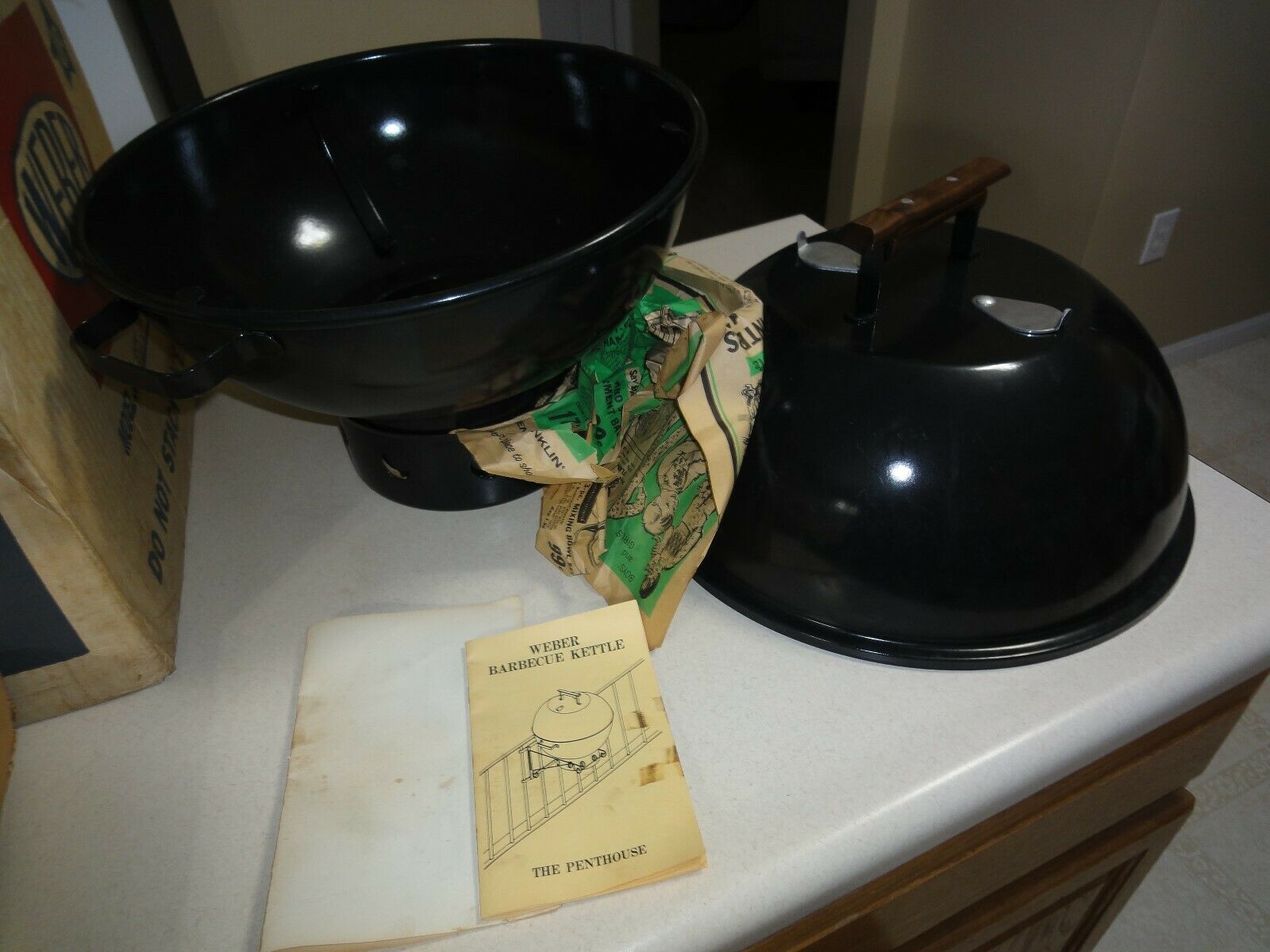 This is the first Flamenco to be seen on the WKC Forum and at this time, one of only three known to exist. It popped up on Facebook Marketplace, listed as a fire pit table. WKC member azbeeking is now the owner of this rare piece of Weber history. It is believed to have been [...]

One of the challenges in using a rotisserie is how to obtain the internal finish temperature of what is being cooked. The usual method is to calculate an estimated finish time, then begin probing the meat about 1/2 hour earlier with a thermometer until the desired finish temp is reached. This works but requires turning [...] 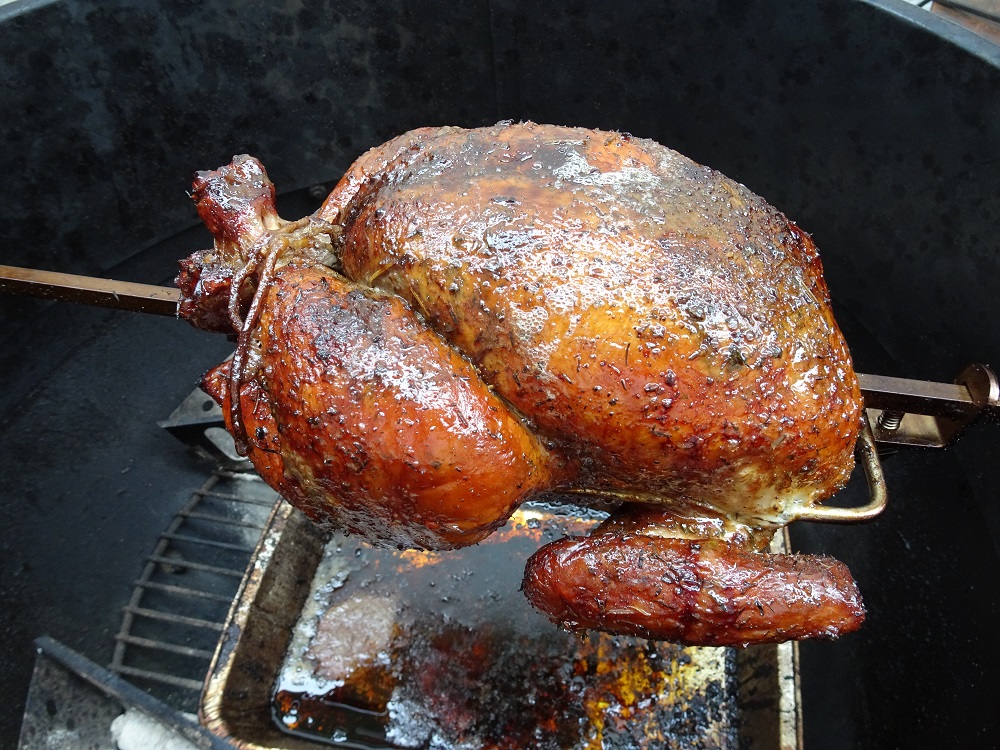 Looking for that Asian-style crispy skinned fish without wasting a pan full of oil and stinking up your kitchen? Do it on your Weber charcoal grill and get a super crispy skin and crazy moist interior! To get that nice crispy skin on our grilled fish we’re going to grill the fish as close to the [...] 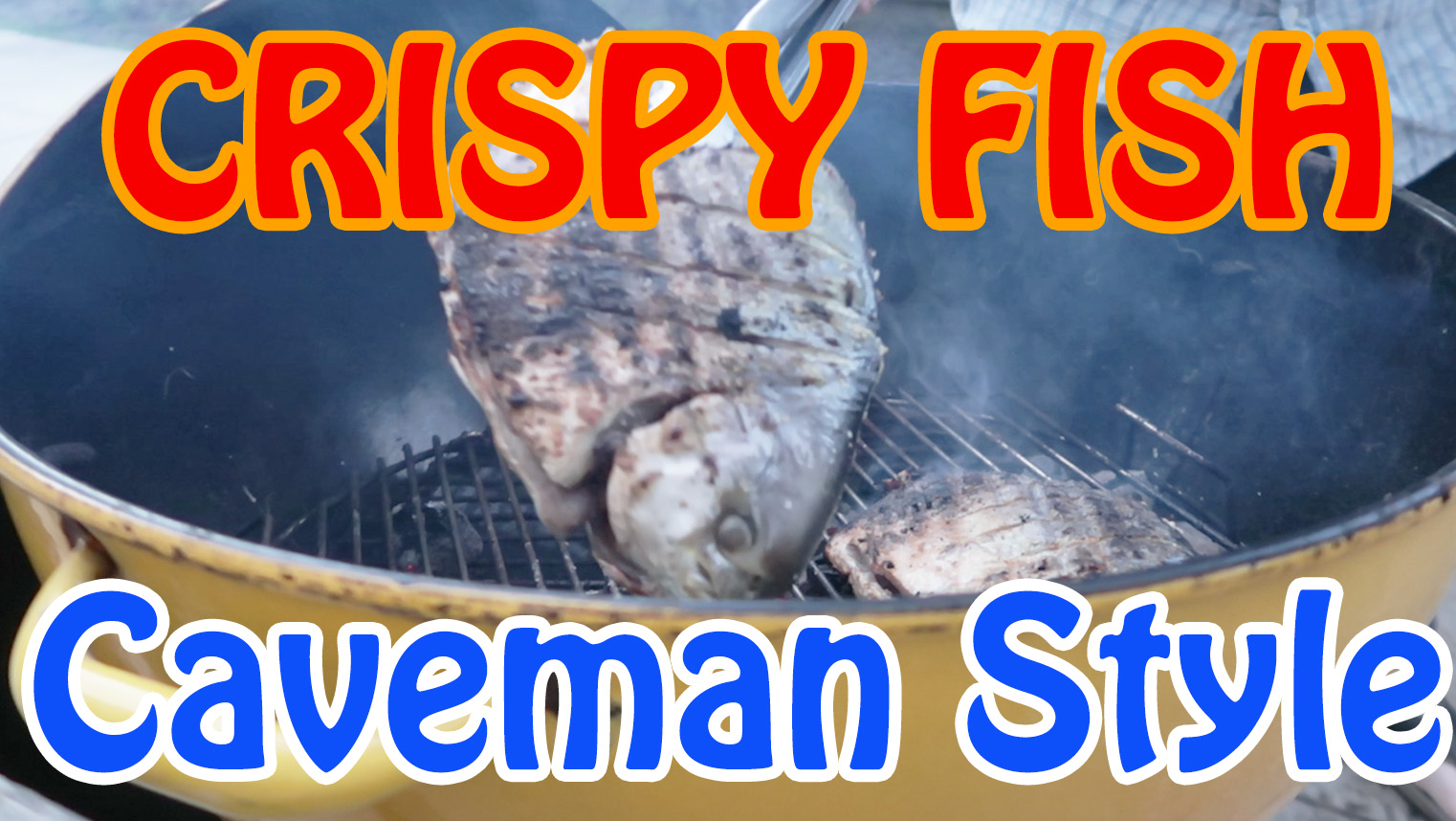