When you are cooking for a crowd, there are few options better than Weber’s largest charcoal grill offering, the Ranch Kettle. Due to its size and cost, the Ranch kettle is not a mainstream offering and information about this important kettle is somewhat difficult to come by.  However, despite its lower sales volume, the Ranch Kettle is a very important model in Weber’s history.

The Weber Ranch Kettle was first introduced in 1953, one year after George Stephen’s famous “Buoy Kettle”. This makes the Ranch and the 22″ kettle Weber’s longest running models. Here is an excerpt from an ad in the the July 13, 1953 Corpus Christi Times:

“Model RB-600 RANCH BAR-B-Q: Incomparable outdoor cooking at its very best. Circular design and large grill area invite everyone to circle ’round and join the fun.” 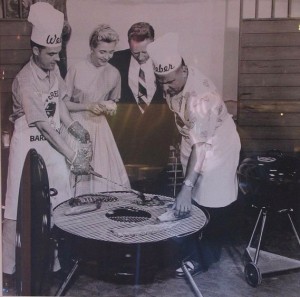 The 1953 Weber Ranch sat low to the ground on 3 legs and had a “flat top” lid. The bowl of the kettle had 3 vents that allowed airflow to be controlled using vent wheels. As you can see by the picture, one of the features of the early Ranch Kettle was a center cutout of the grilling surface to allow the use of a warming rack, perhaps a precursor to the current Gourmet Grate system? Because of the size of the kettle’s lid and the placement of the two handles necessary to lift it, the top vent was made larger and was placed directly in the center of the lid.

With a 37 ½” kettle diameter and a 36 ½” cooking grate, the Ranch was designed to provide ample grilling space for large cooks. In its 1992 catalog, Weber calls the Ranch “The largest barbecue kettle in the world. An investment and profit earner for clubs and caterers.” To visualize the size of the Ranch, it is best to compare it to some of Weber’s other kettles: 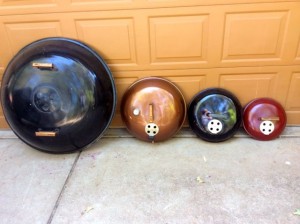 The Ranch Kettle has 3 times the cooking surface of a 22.5″ Weber kettle

Despite being one of Weber’s longest running models, the Ranch has remained largely unchanged. The timeline for the RK can be broken down into 3 eras: 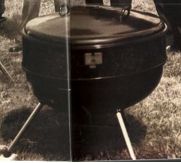 And a second style referred to as the “mothership” on this forum and others: 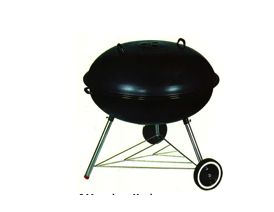 Weber kept the same RB – 600 model number despite some significant design changes including the move from a 35 ¾ inch to 37 ½ inch kettle diameter, the transition from stationary legs to the “triangle” with wheels, and the move from a flat top to a curved lid.

1978 – 1991 Weber Ranch: Model 60001
While it is unclear why Weber changed the model number from RB-600 to 60001, one of the noticeable changes at the time was the move from metal to wood in the lid handles. The basic “mothership” kettle shape did not change. By 1988, the handles on the bowl of the kettle had also been changed to wood. 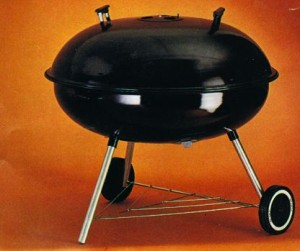 1992 – Present Weber Ranch: Models 60002/60020
1992 marked the biggest change in the Ranch kettle. The traditional Weber triangle consisting of 2 legs with wheels and a stationary front leg was swapped out for a cart design. This change provided 4 important improvements in the Ranch Kettle design: 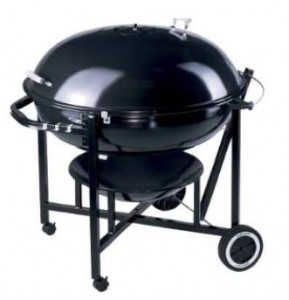 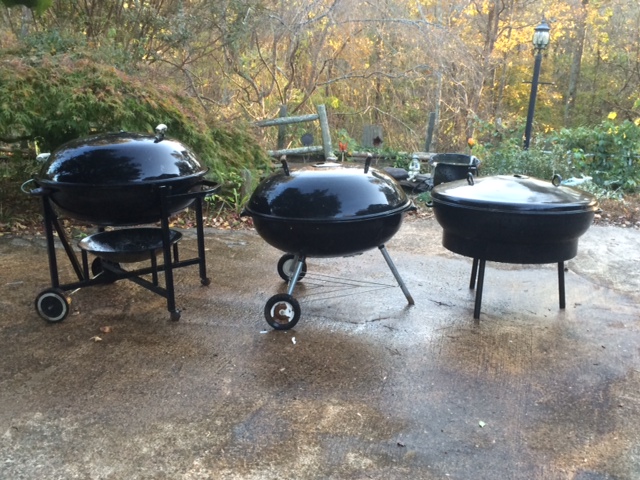 While there are plenty of large rectangular grills to choose from, the most direct kettle-style competitor to the Weber Ranch was the Whalen King Kettle. The Whalen had a grilling surface that was the same size as the Weber Ranch and sold for approximately half the price. For airflow, the Whalen had 3 small vents on both the bottom and the lid, while the Weber had 3 vents in the bowl and one large one on the lid. In most other aspects, the Whalen was very similar to the Weber, to the point that many consider it a Weber Ranch knock off. It was discontinued in 2005/2006. 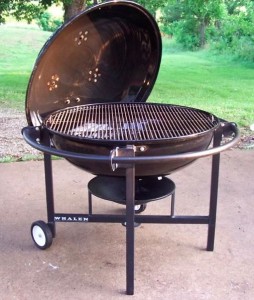 When Weber opened its own restaurant, the choice for what type of kettle to use was obvious. The grills used in the Weber Grill are very similar in design to the Ranch Kettle, but constructed of stainless steel with an open bottom to maximize airflow. 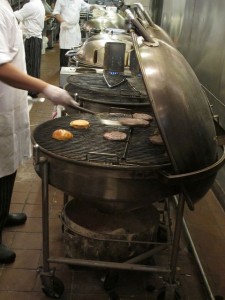 The Weber Ranch Kettle is an important part of Weber history. It is tied with the 22″ kettle as Weber’s oldest models still in production, and it is Weber’s biggest kettle. Its singular purpose throughout Weber’s history has been to allow Grillers to cook good food, and lots of it! The following photos are some examples of great cooks on a Weber Ranch courtesy of WKC’s phillycOwbOy! 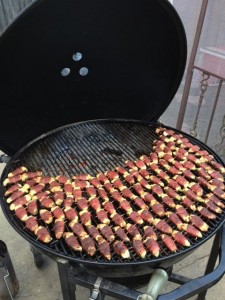 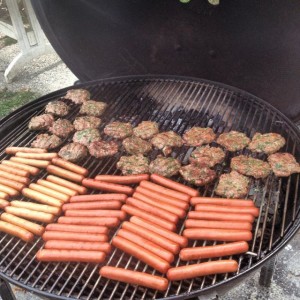 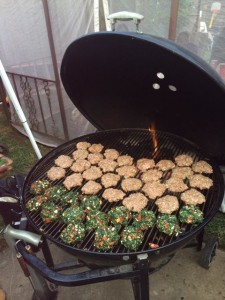 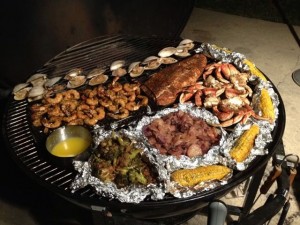 A timeline, gallery, and repository for information regarding the Weber Ranch kettle is an ongoing effort of the WKC.  If you have something you would like to share, please feel free to send a message to WKC member “Winz”.