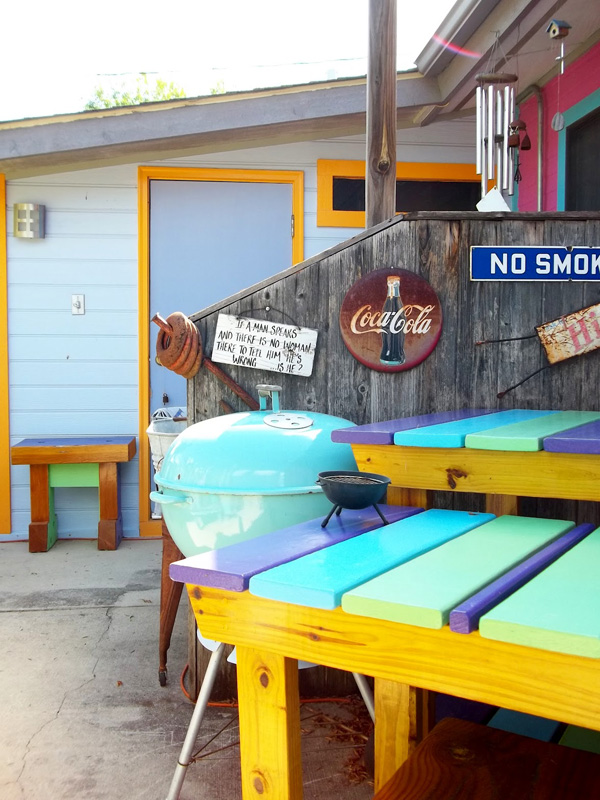 It all started with a simple picture…

Flash back to mid June 2015 : Club member @Idahawk (Dave) is busy searching the abyss otherwise known as the internet for Happy Cooker info. Yes, you read that correctly! Somehow in his browsing travels our resident HC guru happened upon the photo above and of course instantly recognized the gorgeous Glen Blue Imperial kettle hiding amidst the sea of pastels! After a few more clicks he was able to find the original blog where the photo had been posted and as luck would have it the very last picture of the post had a small garden sign with a phone number on it!

Dave shot me a pm with the photo and mentioned how he had found the contact info as well. I believe I called him on the phone almost immediately and being the kettle pusher I am started encouraging him to come up with a plan and to give the guy a call ASAP! After a few more brief messages we moved on and that was the last I heard about it for about a week or so. Finally I shot him a message to see if he had done anything with the lead and he had not. He went on to explain that he did not feel comfortable cold calling someone and randomly asking about an item he spied in an internet photo of their backyard (from half way across the country). This of course makes perfect sense. It would be strange to have someone call you up out of the blue, especially regarding an old charcoal BBQ! Then, being the extremely generous guy he is offered to pass along the info to me if I was willing to give it a shot!

I couldn’t believe it and was blown away by the offer! At the time I was on the hunt for an Imperial but for another club member so this makes this gesture all the more generous on his part. We’ve helped each other out in the past but this was way above and beyond!

So now comes the nerve racking part… the cold call. After a little more digging we discovered that the pictures came from Texas and were posted up as a virtual tour of sorts of this fella’s amazing backyard cactus collection. The gentleman was known by all as “Cactus Marty” – Bingo! Now we have a name and a number. I nervously and anxiously grab the phone and punched in the number Dave spotted on the yard sign… Silence, followed by a recorded voice telling me “Sorry but the number you have dialed is no longer in service” – Crap! So back to the drawing board – aka Google 🙂 I searched for “Cactus Marty Texas” and eventually tracked down a second phone number to try! Pleeeeese work!

As the phone rings I can feel my heart start to race a bit – but after a few rings I am greeted by a voicemail and it is indeed Mr Marty! I began to leave a message explaining how I had come across a photo online and was hoping I could speak with him about it briefly… then all of a sudden the line clicks and I’m live with Marty! After explaining the reason for my call he was very kind and went on to tell me that he had been collecting grills for over 30 years!! He also has a huge outdoor kitchen in his backyard that regularly entertains 80+ people for a monthly Pizza Night! This man is a certified grillfella through and through! He has all sorts of cool vintage grills that I had never seen before – truly an amazing collection of cookers! So after a good chat we got to that inevitable point in the phone call and I asked if he would be interested in selling it. He said that he would consider it and then asked if I might be interested in any other Weber grills.  “Absolutely” I said and then listened carefully as he proceeded to tell me about two other vintage kettles in his stable – one of which was a “Brown two tone” (Wood Dale Chestnut!) and the other – a WESTERNER! (Which he knew by name I might add!) 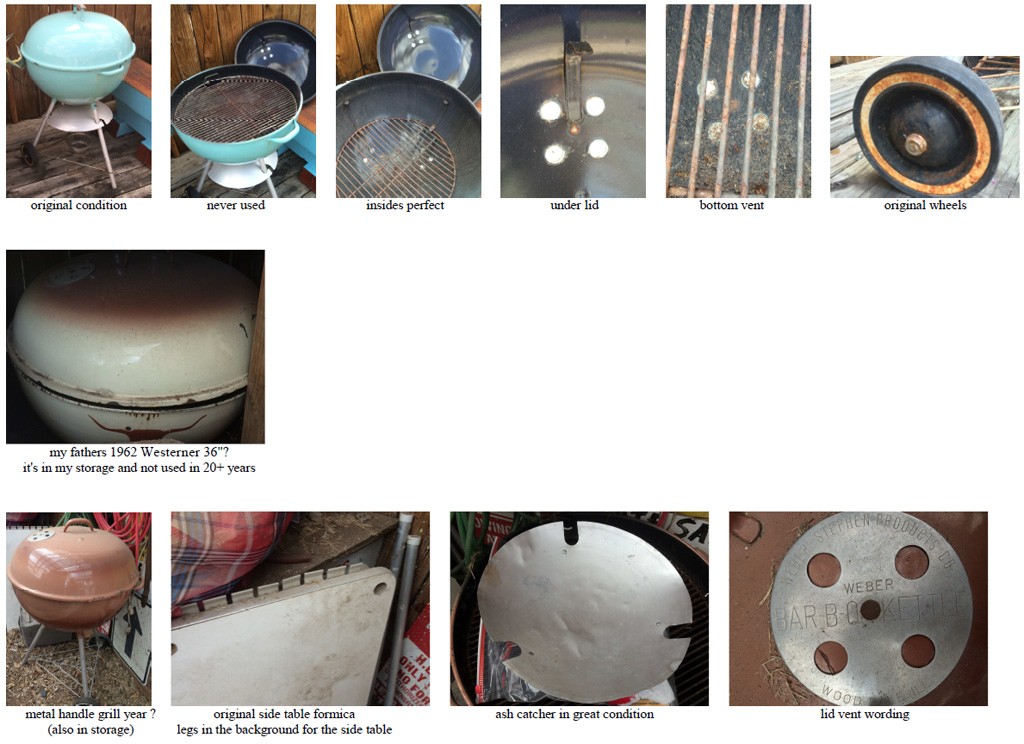 At this point I was trying my best not to let out gasps of excitement but I may have let one or two slip 🙂 He was interested in selling the Chestnut for sure but was on the fence about the Westerner as it was purchased new by his father and was handed down to him 20+ years ago. He said he would snap photos of what he had and send them over via email. Sure enough the pictures came through and detailed 3 of the coolest kettles out there. I was floored! I also knew Dave had been on the hunt for a non-black 26r and this whole deal would be picture perfect if he could walk away with something very special too.

Finally after taking a good look at all the pics I called Marty back and we were able to come to a deal on both the Imperial and the Chestnut. He went on to explain that he had just been married and that they were going to re-decorate the entire outdoor kitchen and this meant he needed to downsize the grill collection. That being the case and taking into consideration the size of the Westerner and the fact that it had been sitting in storage for all those years he decided he was willing to part with it. I then introduced him to Dave and the rest as they say is history! Marty also mentioned how happy he was to see the grills go to people who would appreciate them – and he was spot on… I will cherish these grills and hope to pass them onto my two boys some day. 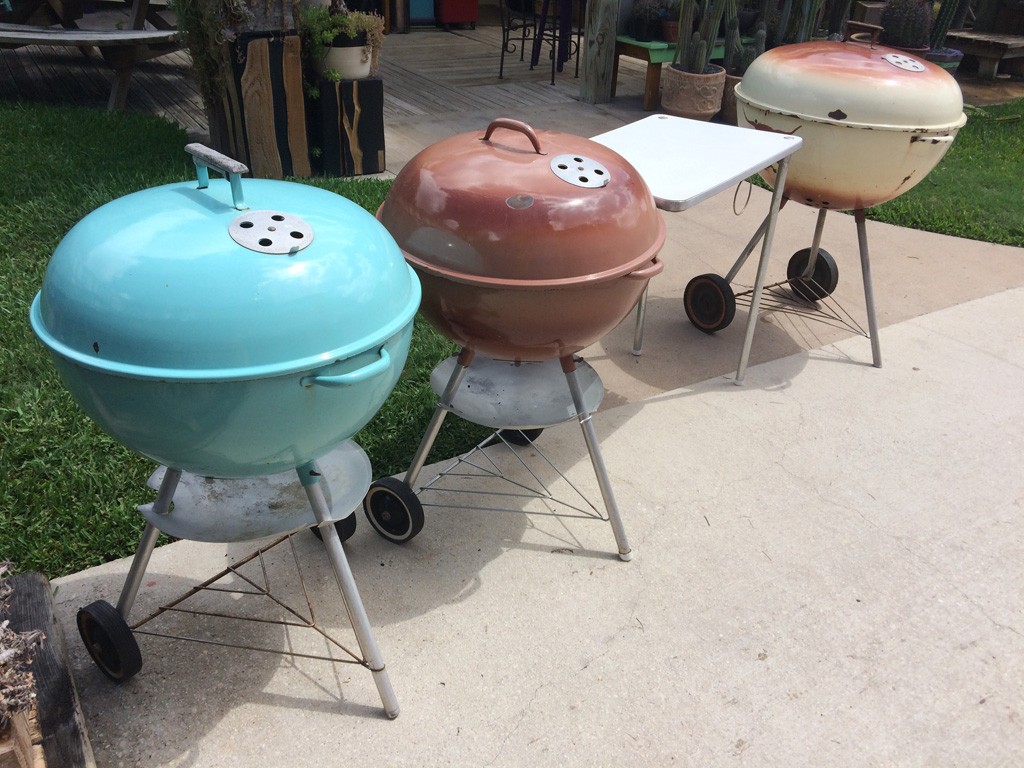 I’m sure Dave will agree that meeting Marty was another highlight of the whole experience. Seeing his collection and hearing the stories he had to tell was just icing on the cake in this whole adventure. If you ever read this Marty thanks again for everything and it was a pleasure meeting you. The grills you gave a home to all these years will be loved for many more to come, as will the fascinating stories behind them. All the best and hope we can stay in touch down the road!

Finally I need to throw out another HUGE thank you to a third part of this amazing puzzle – WKC member @MrBill ! None of this would have happened without his help and no matter how hard I tried he refused to accept any type of compensation for his efforts. Guys like you Bill are what make the WKC such a fantastic place to be. THANK YOU! and if I can ever return the favour please just ask! 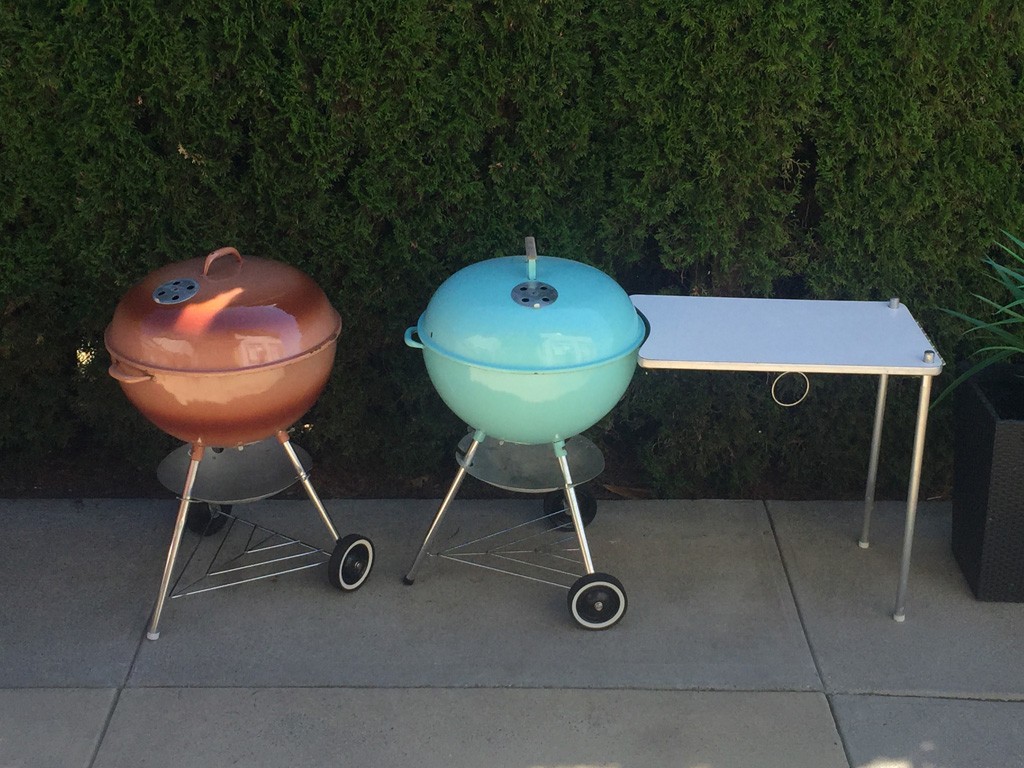 Quick Mod: Leg Replacement/Upgrade for the Vintage Weber Side Table
Another reason to LOVE Weber