It’s pretty obvious that we LOVE Weber here. I mean, a community of 12,000 people all here because they love the Weber charcoal grill – that says a lot.

Why? Weber stands behind their products. Our forums and many others are filled with glorious tales of amazing customer service.

Here’s a great example that happened just a couple weeks ago…. 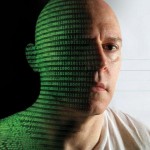 This is doug, pay no attention to The Matrix trilogy on his face.

Doug’s 5-year old Weber Spirit gas grill had unfortunately rusted out in a few spots. His second set of flavorizer bars were toast, the storage door had rusted off, and the drip pan was falling off. Unfortunately the issues with the 5 year old Spirit gasser were not covered by warranty. 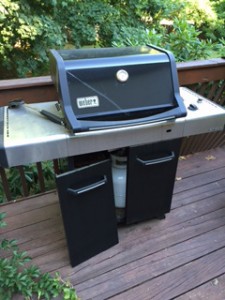 Doug was disappointed. He wasn’t really expecting full coverage – he was simply expecting some sort of discount or a customer loyalty rebate.

Doug took it to twitter and lipped off a bit to the official Weber Grills twitter account after initially only receiving a 2nd apology for the inconvenience of having to fix his old grill himself. When Doug questioned the apology, Weber’s social team DREW THE LINE! They decided to show up at Doug’s front door … with a brand new assembled Weber gas grill.

Doug’s next grill will be a Weber. As will mine.