This history article was researched and put together by Weber Kettle Club forum member Neil_VT00:: 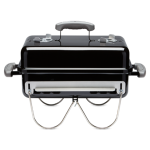 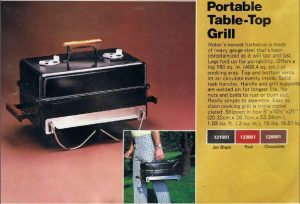 In 1979, Weber first introduced the charcoal Go-Anywhere (also referred to as the CGA) under the name “Portable Table-Top Grill.” When the grill was introduced, Weber promoted the 160 sq. in. of grilling space (as compared to the 147 sq. in. of the Smokey Joe), top and bottom vents, teak handles, and no nuts and bolts to rust out. The grill also featured folding legs which flip up locking the lid in place for easy transportation. Distinguishing early CGA’s from current models are the short legs which allow the grill to sit closer to the ground/table (a comparison of the GA leg types can be seen below). The wooden handles on the early models are attached with two rivets. When introduced in 1979, the CGA was offered in Black, Red, and Chocolate. The original suggested list price for the CGA was $73.00, a slightly more expensive option compared to the Smokey Joe which was $61.00 during the same timeframe. In 1980, Weber stopped advertising the red and chocolate versions of the CGA.

In 1981, Weber added the “Table Top Gas Grill” (currently referred to as the Gas Go-Anywhere or GGA) to their product lineup. With its introduction, Weber’s promotional material called the GGA “The little gas grill promises to make for a lot of two-Weber families” promoting Weberitis as we know it today. The GGA was advertised as perfect for balconies, picnics, and tailgate parties. Upon introduction, Weber promoted legs that fold up and lock the cover into place for safe, easy carrying.

In late 1981, Weber changed the leg design for the Go-Anywhere grills making them taller allowing the grill to sit higher. The longer leg design is still being sold on current GAs. A final change in the 1981-1982 timeframe is the shift in wooden handles from 2-rivet handles to a single screw design. 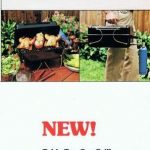 From the early 1980s through today, the Go-Anywhere grills have remained virtually unchanged with two exceptions. First, along with Weber’s kettle product line, in 2000 Weber switched from wooden handles to glass reinforced nylon (plastic) style handles. Second, in 2014 Weber changed the cooking box setup of the GGA removing the flavorizer bar. When the GGA was originally introduced it used a flavorizer bar, similar to their larger gas grills, under the cooking grate to direct grease and drippings away from the burner tube, cutting down on flare ups (see #9, below left). 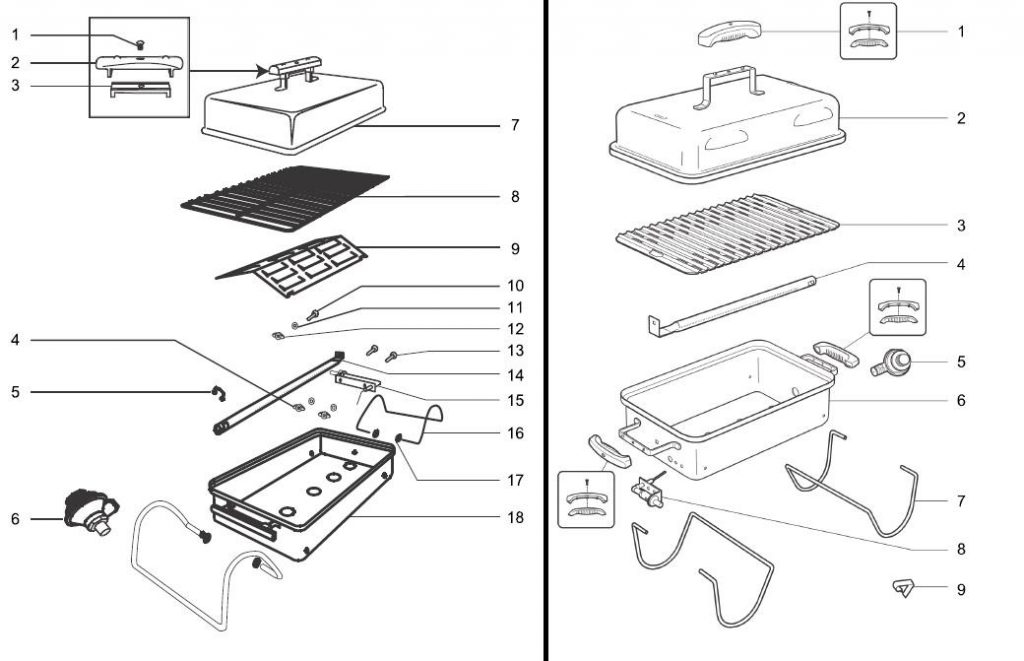 In 2014, the flavorizer bar and grate combination was replaced with a porcelain-enameled steel cooking surface (see #3, above right and right).

While Weber’s Go-Anywhere grills have predominantly been sold in black, below are examples of Chocolate and Red GAs. In addition to the early red CGAs, Weber also offered a Red version of the grill through Snap-On tool distributors in 1985. The grill was given away by Snap-On with the purchase of a three tools in Snap-On’s new line of high-end impact air ratchets and air guns. 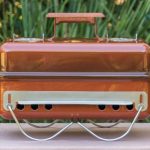 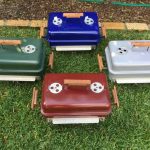 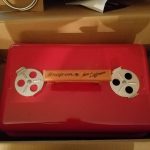 In addition to Chocolate and Red, Weber offered four more option for colored GAs in Australia in the 90’s including Blue, Burgundy, Green, and Grey.

The following are the known model numbers and colors offered for the Weber Go-Anywhere Grills.

*Based on known examples of this grill. Other years may have been available.

If you have historical information about the Go-Anywhere models that would add to this article, please send a message to WKC member “Neil_VT00.”