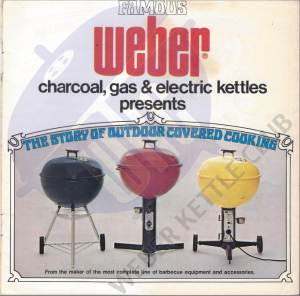 Recently, thanks to a friend of the WKC, we were given screenshots of the full 1974 Weber catalog & price list. This catalog gives us a glimpse of what was new for that model year as well as well as solving some mysteries that were just speculation prior to obtaining this information. Below are some bullet points of the “what’s new” features and discoveries. You can also click on the catalog cover to join the discussion thread. 🙂 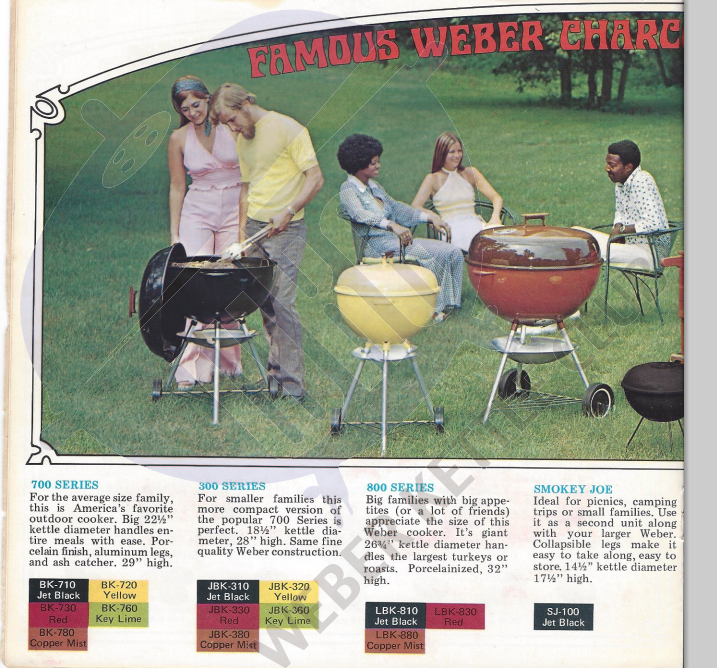 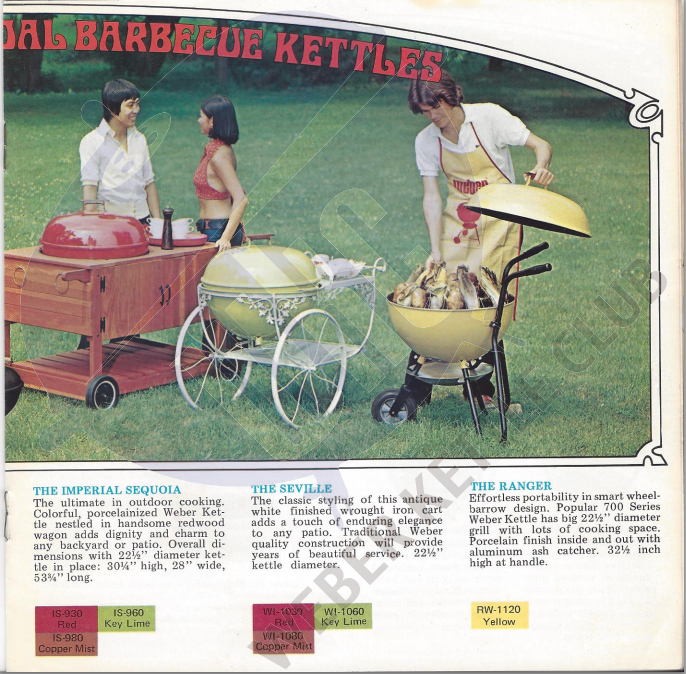 Unlike previous catalogs that feature George Stephen and a big organized cookout with family and friends followed by traditional studio shots of the grills, we have here a park setting with a new group of people and the grills staged outdoors in these photos. As mentioned earlier, the Seville model is seen with a standard lime 22.5 bowl with handles. It is possible that the photo shoot was rushed and they just substituted a standard kettle in the new Seville cart. This could also account for the “photo shopped” Smokey Joe, they may have used a color model and shortly after decided to limit the SJ to just black or it could have been a ’73 speckled black that was color edited.  As for the wheels featured, we see all plastic/thin whitewall wheels for the first time in the 1974 catalog, I cannot say for certain that 1974 is the first year for this wheel style. There have been some Avocado green 18/22 kettles (discontinued in 1973)  observed with this style of wheel. The change from half rubbers to all plastic wheels may have occurred between 1972 and 1973 after the previous catalog was published. We see the small bowl tabs on the daisy vents of 18 and 22 kettles in 1974, this does help to narrow the change to large bowl tabs to be between 1975 and 1977 when the bowl vent change was firmly in place.