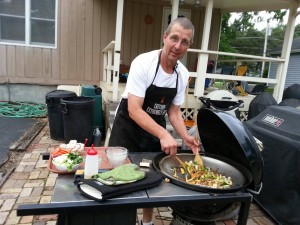 This is the first in a series of member and kettle features. We are honored to have HankB and his 18.5″ 1974 Weber Kettle as the first  member and kettle combo. I first met HankB at the Chicago WKC meet and I was taken aback by how much he had to share. His featured ’74 kettle has been with him and his wife Cindy since their wedding day – just 40 years ago. This was their only grill for decades so it’s cool to see how Hank’s Weber stable stands now. His ’74 Weber kettle has a lot of character, just like its proud owner. Hank has been a dedicated member who is always willing to share advice, cooks, and restoration.

Congrats, Hank! You deserve this one. 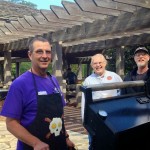 Hank doing the cooking at an event. 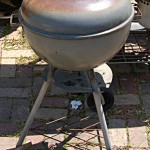 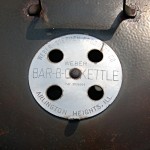 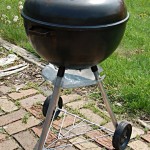 Hank’s first kettle cleaned up a bit for its closeup. 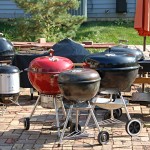 Some of Hank’s kettles. These are all cookers! 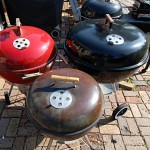 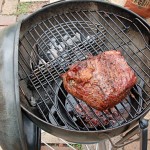 Hank is quite creative with his bbq setup. Check out the charcoal basket for indirect and the cast iron for drippings. 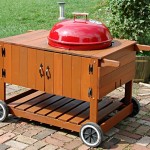 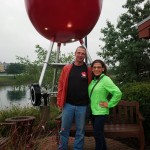 Hank and his wife Cindy at the Weber Grill in IL 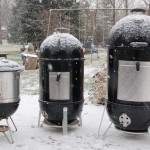 Trio of WSM’s. Hank has since added the new 14.5″ WSM to the lineup 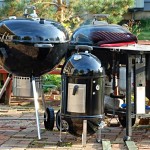 Hank’s latest additions to the Weber stable. That 14.5″ WSM is sweet!